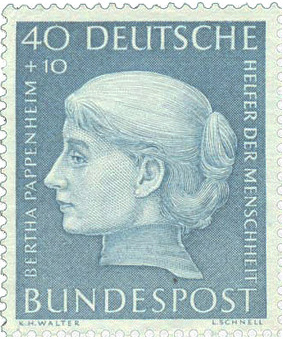 People decide to go into psychoanalysis for many different reasons. It may be that they are having difficulties with work, study or family life or are having problems in the fields of love, sex, gender and relationships. It may be that they have concerns about their identity or are struggling with difficult choices in their life. They might have experienced some form of mental health problem or perhaps have had issues with drug or alcohol use. They may simply have a sense that there are patterns in their life – patterns of suffering in body or in mind – which limit their freedom and seem to be beyond their power to change. Whatever the particular cause – and there are surely as many as there are people in analysis – someone will often decide to go and talk with an analyst when they realise that the questions they have about their life and their suffering can no longer be ignored.

How was psychoanalysis created?

The events that led to the creation of psychoanalysis began in 1882 when Bertha Pappenheim, later a well-known social worker, feminist and writer, made a treatment suggestion to her doctor, the Viennese physician, Josef Breuer. She asked him if he would agree to simply listen to her while she spoke to him at length about her life and the difficulties that she was experiencing. Breuer accepted her request and later discussed this new method of treatment with a close colleague of his, the neurologist and psychopathologist Dr. Sigmund Freud. Freud adopted and greatly developed this technique in his own work and all of what later became the talking treatments found their beginning here. Freud gave the rest of his life to the practice and theory of psychoanalysis. Forced to flee the Nazi persecution of the Jews, he left Vienna in 1938 to live in London and worked there until his death in 1939.

Freud’s creation, psychoanalysis, has always identified that human suffering finds a unique expression, treatment and transformation through the process of speech in the analytic setting.

In 1951, the French psychiatrist and psychoanalyst Jacques Lacan started to hold a regular teaching seminar in Paris in which he developed what he described as his ‘return to Freud’. Hugely influential in Parisian cultural life as well as in psychoanalytic theory and clinical practice, the seminars drew great crowds and carried on for thirty years until his death in 1981. His work continues to have profound effects upon psychoanalysis worldwide and it’s estimated that about half the world’s analyst are now trained in Lacanian frameworks. Interest in Lacanian practice has been growing in the UK since its introduction in the 1980’s and there are now two UK-based training and research organisations: The Centre for Freudian Analysis and Research and The London Society of the New Lacanian School.

Lacan’s written work has a reputation for being difficult and complicated but his ‘return to Freud’ was – in part – simply an effort to remind his fellow analysts that the speech of the client was the centre of the treatment, not the supposed knowledge, technique or ‘expertise’ of the analyst. The talking treatment has its effects, said Lacan, precisely because human life – love, desire, pleasure, pain, body and mind – is woven out of speech and language.

One of Lacan’s innovations in psychoanalytic practice was the variable length session and so there is no set ‘fifty minute hour’ in a Lacanian psychoanalytic treatment. In much the same way that someone writing a sentence doesn’t have to put in a full stop or a comma a certain set number of seconds after they start to write, so an analytic session doesn’t necessarily end a certain set number of minutes after it begins. So sessions will often come to a close at a point relative to the speech of the client. One consequence of this is that Lacanian work is often quite focused and tends not to involve long periods of silence. Shorter sessions can also be easier for clients to fit into busy, modern lives.

Do all clients have to lie on a couch when they talk?

Each treatment is built around the individual. Some people will work better on the couch, some will be better off face-to-face – but all analyses will start with a series of meetings, called ‘preliminary discussions’ which may go on for some time.

How many sessions are there in a week?

Once a week seems to be the minimum if a treatment is to gain and keep a working momentum and it can sometimes be helpful to meet more than once a week – but there is no ‘norm’ for this. The conditions of the work are be discussed in the first sessions but this can be revisited at any time. Sessions can be spread across the week or can happen within the same day.

How long will the treatment go on for?

It is entirely up to the analysand to decide this for themselves: one session may be enough or a treatment may continue for months or indeed years.

How much does it cost? Is there a fee for the first meeting?

In just the same way that there is no standard treatment in psychoanalysis – since there are no standard people seeking treatment – there’s no standard fee either. It’s important that fees are affordable and sustainable for each person and so fees – including those for the initial session – are agreed only after a discussion of individual circumstances.

Can sessions take place via phone, Skype or Zoom etc?

Yes. Often this might follow a period of working face-to-face – perhaps in order to carry on working after a move abroad – but it’s also possible to have initial consultations via these menthods where the possibility of continuing to work in this manner might be discussed.