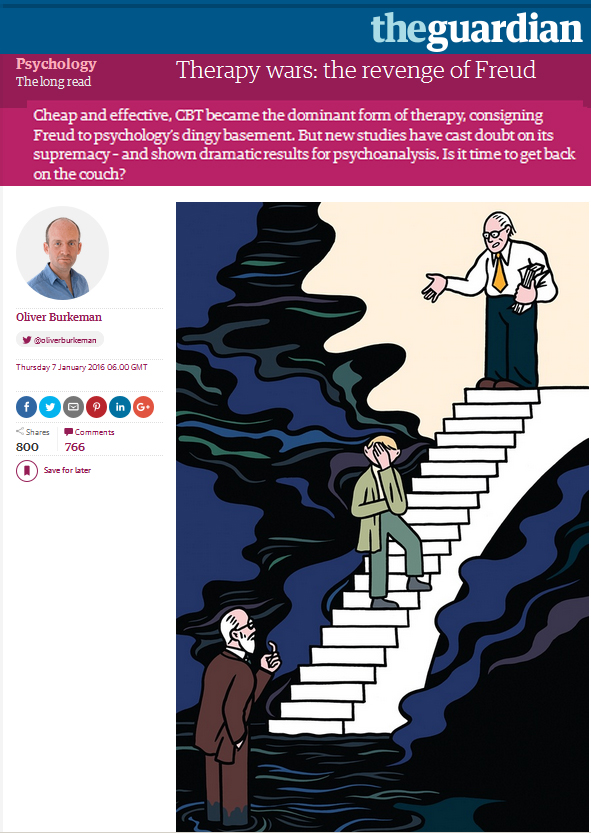 Cheap and effective, CBT became the dominant form of therapy, consigning Freud to psychology’s dingy basement. But new studies have cast doubt on its supremacy – and shown dramatic results for psychoanalysis. Is it time to get back on the couch?

“…researchers at London’s Tavistock clinic published results in October from the first rigorous NHS study of long-term psychoanalysis as a treatment for chronic depression. For the most severely depressed, it concluded, 18 months of analysis worked far better – and with much longer-lasting effects – than “treatment as usual” on the NHS, which included some CBT. Two years after the various treatments ended, 44% of analysis patients no longer met the criteria for major depression, compared to one-tenth of the others.”