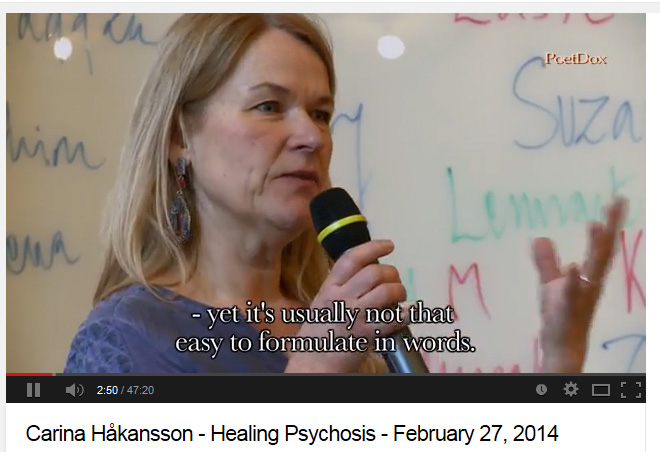 Carina Hakansson speaks about the groundbreaking ‘Open Dialogue Approach’ to the in-patient treatment of psychosis in Sweden. [Click here to view the talk on YouTube] 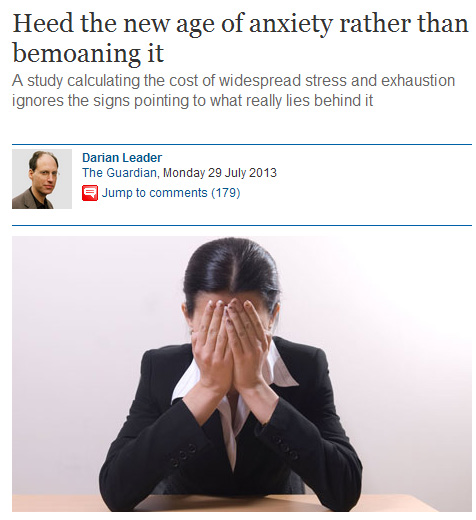 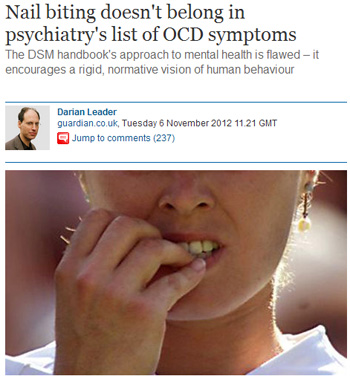 Meaning has been stripped from the diagnostic enterprise, in favour of pure external classification.

Clinicians who want to pursue a dialogue here find that they are allocated less and less time with their patients by a bureaucratic and managerial healthcare system. The tragedy is that this deprives us of having any authentic understanding of the symptom, and it introduces a rigid, normative vision of human behaviour. We can know what is a disorder, and what isn’t, without listening to what the person has to say.

Yet nail biting might be a totally irrelevant detail for one person, a terrible curse or a pleasurable habit for another. Classifying such behaviour externally as a symptom, without taking into account what it means to that person, is profoundly inhuman. It is yet another vehicle for imperatives telling us how we should live and how we shouldn’t. 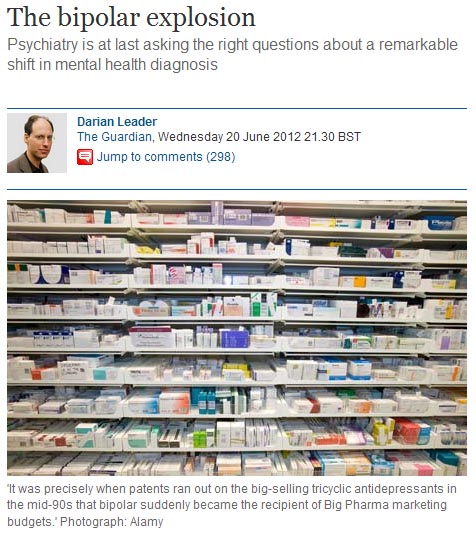 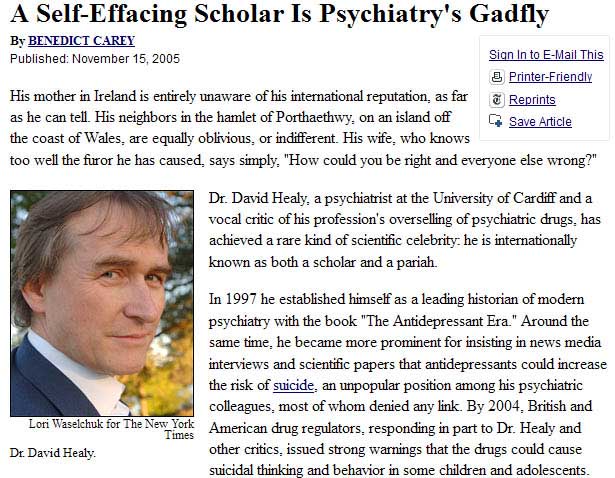 [Click here to read the whole article on the Telegraph site.]

Dr. David Healy, a psychiatrist at the University of Cardiff and a vocal critic of his profession’s overselling of psychiatric drugs, has achieved a rare kind of scientific celebrity: he is internationally known as both a scholar and a pariah.

In 1997 he established himself as a leading historian of modern psychiatry with the book “The Antidepressant Era.” Around the same time, he became more prominent for insisting in news media interviews and scientific papers that antidepressants could increase the risk of suicide, an unpopular position among his psychiatric colleagues, most of whom denied any link. By 2004, British and American drug regulators, responding in part to Dr. Healy and other critics, issued strong warnings that the drugs could cause suicidal thinking and behavior in some children and adolescents.

But Dr. Healy went still further, accusing academic psychiatry of being complicit, wittingly or not, with the pharmaceutical industry in portraying many drugs as more effective and safer than the data showed.

He regularly gets invitations to lecture around the world. But virtually none of his colleagues publicly take his side, at least not in North America.