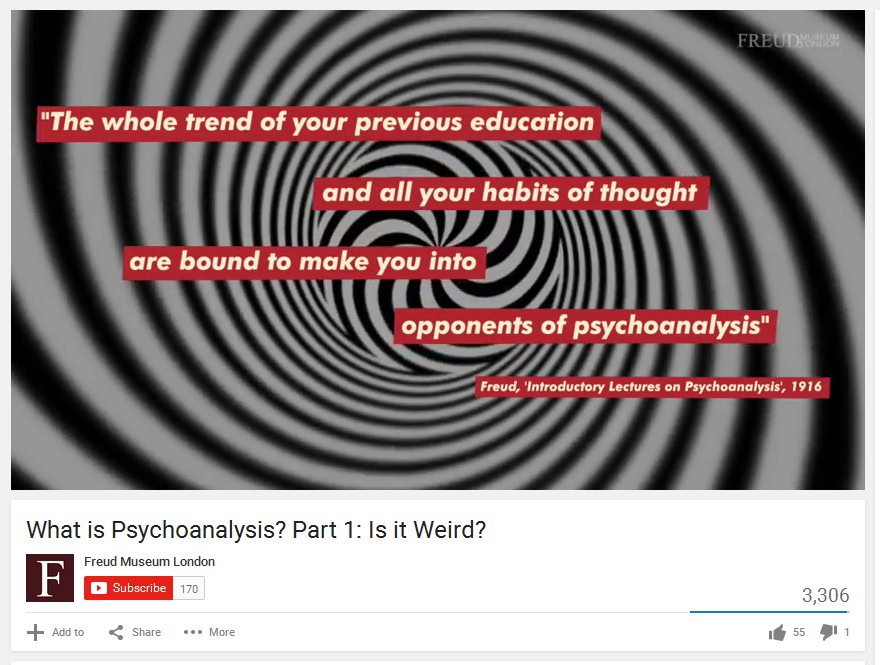 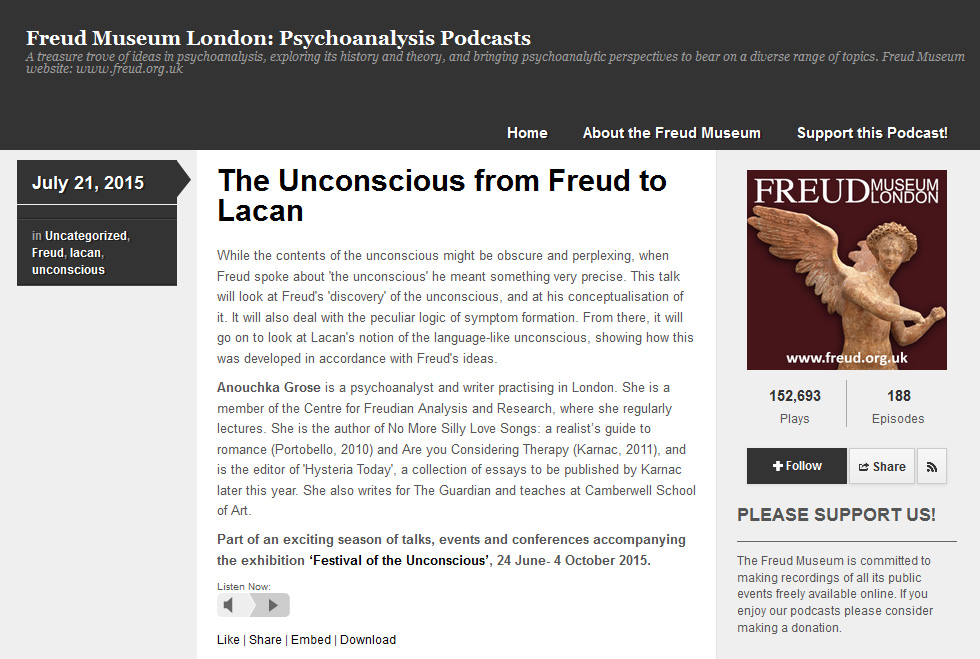 While the contents of the unconscious might be obscure and perplexing, when Freud spoke about ‘the unconscious’ he meant something very precise. This talk will look at Freud’s ‘discovery’ of the unconscious, and at his conceptualisation of it. It will also deal with the peculiar logic of symptom formation. From there, it will go on to look at Lacan’s notion of the language-like unconscious, showing how this was developed in accordance with Freud’s ideas.

Anouchka Grose is a psychoanalyst and writer practising in London. She is a member of the Centre for Freudian Analysis and Research, where she regularly lectures. She is the author of No More Silly Love Songs: a realist’s guide to romance (Portobello, 2010) and Are you Considering Therapy (Karnac, 2011), and is the editor of ‘Hysteria Today’, a collection of essays to be published by Karnac later this year. She also writes for The Guardian and teaches at Camberwell School of Art. 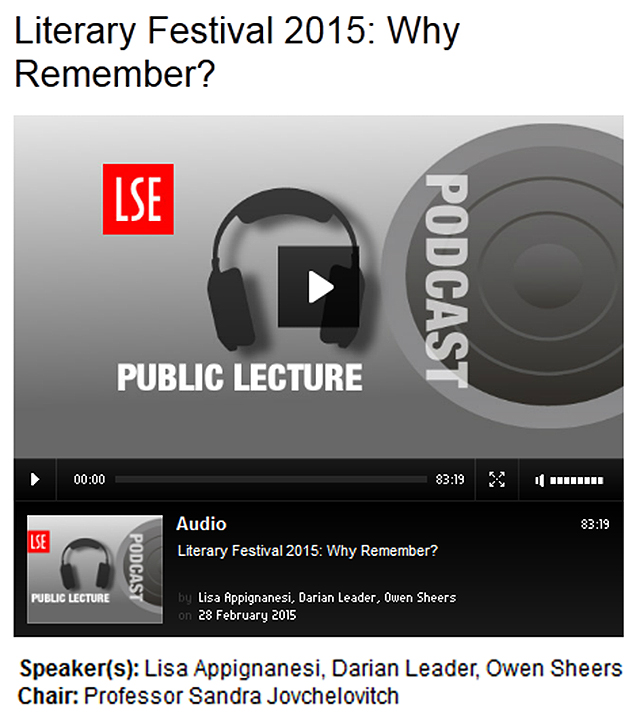 [Click here to go the the LSE site and listen to the podcast.]

This panel explores our relationship with our sometimes traumatic past, and asks why we should remember and what happens when we can’t remember. The discussion considers the importance of place and landscape in memory, as well as the nature of collective memory and memorialisation, particularly in the context of war.

Lisa Appignanesi (@LisaAppignanesi) is a writer, novelist and broadcaster. She is the former Chair of the Freud Museum London, the former President of English PEN and former Deputy Director of London’s Institute of Contemporary Arts. Her non-fiction includes Mad, Bad and Sad: A History of Women and the Mind Doctors (which won the BMA Award for the Public Understanding of Science amongst other prizes), the acclaimed family memoir Losing the Dead, the classic study Freud’s Women (with John Forrester) and Simone de Beauvoir, and most recently Trials of Passion: Crimes in the Name of Love and Madness. Her novels include Paris Requiem, The Memory Man and The Dead of Winter. Lisa Appignanesi was awarded the OBE in 2013.

Darian Leader is a psychoanalyst working in London and a founder member of the Centre for Freudian Analysis and Research. He is President of the College of Psychoanalysts-UK and Visiting Professor at the School of Human and Life Sciences, Roehampton University. He is the author of several books including: Introducing Lacan, Why do women write more letters than they post?; Freud’s Footnotes; Stealing the Mona Lisa: What Art Stops Us From Seeing, Why do people get ill?’ (with David Corfield), The New Black: Mourning, Melancholia and Depression and What is Madness? His most recent book, Strictly Bipolar was published by Hamish Hamilton in 2013.

Owen Sheers (@owensheers) has written two collections of poetry, The Blue Book and Skirrid Hill, which won a Somerset Maugham award. His verse drama Pink Mist won Wales Book of the Year and the Hay Festival Poetry Medal. His non-fiction includes The Dust Diaries and Calon: A Journey to the Heart of Welsh Rugby. His first novel Resistance has been translated into ten languages and was made into a film in 2011. His plays include The Passion, The Two Worlds of Charlie F. and Mametz. Owen wrote and presented BBC Four’s A Poet’s Guide to Britain. He has been a NYPL Cullman Fellow, Writer in Residence for the Wordsworth Trust and Artist in Residence for the Welsh Rugby Union. His second novel I Saw A Man will be published by Faber in 2015